Interaction of Wave Energy Devices and the Environment

Common among all point absorbing wave energy devices is the need to be anchored and moored to the ocean floor. Additionally, most of these devices have been proposed to be installed in predominantly soft bottom areas of the ocean. Previous research has shown that the anchoring foundations of wave energy devices have an artificial reef effect attracting higher abundance of fish and crabs compared to surrounding soft bottoms.

Three buoys were designed and deployed off the coast of Newport, Oregon to test biofouling on mooring lines in regards to size, depth, and orientation. Moorings were retrieved after various durations of deployment. After retrieval, major taxa of organisms were identified and the post-fouled strength of the ropes were tested. This involved monotonically testing the biofouled mooring lines at the College of Forestry at OSU (see video below).

From this data, stress-strain curves of the ropes as well as breaking loads were computed. Additionally, samples were collected from buoys off the coast of Florence, Oregon to investigate the effects of longer term deployment.

To see the results of this study, please take a look at the Final Poster below. The poster has been presented at a number of conferences, including the Society for the Advancement of Native Americans and Chicanos in the Sciences (SACNAS) 2010 Annual Conference, where it won First Place in Engineering. 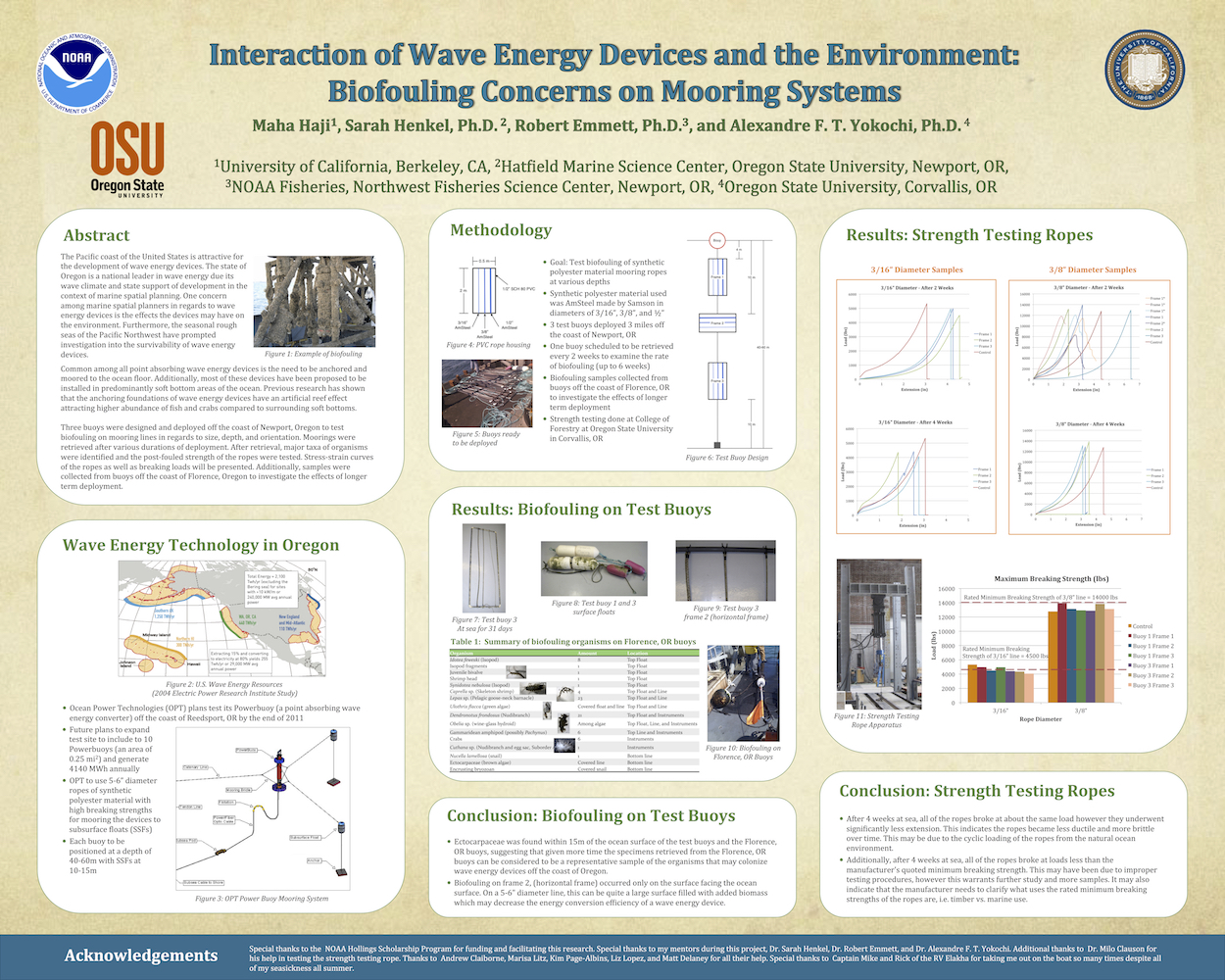